Pope Francis made his first appearance today after being seen coughing and blowing his nose during the Ash Wednesday Mass on February 26. According to Vatican News, The Pope has been in a “slight indisposition” that made him cancel some papal activities in the past few days.

However, the Pope did not miss his weekly Sunday noon message and blessing in the Vatican. The 83-year-old Pope greeted the crowd at the window of the Vatican’s Apostolic Palace. Thousands were waiting for him in St. Peter’s Square.

The Pope asked the pilgrims to pray for the annual spiritual retreat, which he won’t be able to attend this year. “Unfortunately a cold prevents me from participating this year. I will be following the meditation from here,” a coughing Pope Francis announced.

Also Read: Here’s Why Pope Francis is the Real Deal

During his appearance, the Pope did not fail to perform his duly appointed task of sharing with his people. He reflected on the Gospel of the first Sunday of Lent and shared how Jesus prepared himself for His mission by fasting for forty days. He even reminded everyone to beware of temptation this Lent.

Even with his condition, the Pope continues to work from his residence at the Vatican’s Casa Santa Marta and is receiving people in private, the Vatican press office said. 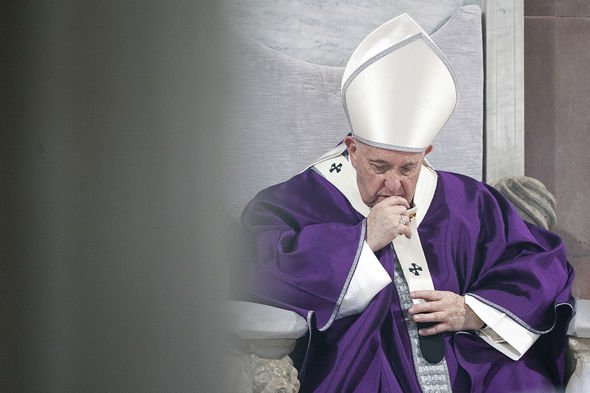 The Vatican hasn’t revealed the nature of Francis’ illness, addressing he only has a “slight indisposition,” without giving other details. The Pope’s illness, though, has come amid general alarm in Italy over the coronavirus outbreak. But looking back at the Pope’s medical history, the coughing might only be an effect of his problems with his lungs and other health complications because of old age.

Let’s keep a positive outlook towards the situation and pray for the fast recovery of our dear Lolo Kiko.

Facebook
Twitter
Email
WhatsApp
Viber
Previous articleLOOK: You can now have your condiments refilled in Quezon City!
Next articleThe fascinating plants and animals endemic to the Philippines

On October 18 and the Feast of St. Luke, thousands of children joined the "One million children praying the Rosary" campaign sponsored by the...
Read more
Vatican Updates

St. Irenaeus To Become Doctor of the Church According to Pope Francis

During his audience with members of the St. Irenaeus Orthodox-Catholic Joint Working Group, Pope Francis announced that the Greek bishop will soon be a...
Read more
Vatican Updates

‘Let Us Be Inspired By St. Joseph in the Synodal Process’- Cardinal Tagle

St. Joseph is a timely and fruitful figure not only for all fathers, but for all the baptized. This is emphasized by Cardinal Luis...
Read more

Countdown The Days to Halloween With Burger King’s Ghost Whopper