March 18 marks the 92nd birthday of Fidel Valdes Ramos, the 12th president of the Philippines, who served from 1992 to 1998. “He is arguably among the best-educated Filipino leaders ever,” wrote academic and political analyst Richard Heydarian in his 2018 column for the Philippine Daily Inquirer. “He is also among the most globally renowned regional leaders, with a stellar record of hyperactive diplomacy and prolific writing. In fact, during his time, the Philippines was a key driver within the Association of Southeast Asian Nations.”

We look back at the life and achievements of the man whose presidency was best remembered for having brought political and economic stability to the country.

Also Read: 5 Influential Filipina Women Who’ll Inspire You to go After Your Dreams

He comes from a family of achievers. His father is lawyer, journalist, five-time congressman, secretary of foreign affairs, and Liberal Party founding member Narciso Ramos, while his mother is Angela Valdez, an educator and advocate of women’s suffrage. The only son and eldest of three children, President Ramos is the brother of the late senator Leticia Ramos Shahani.

He and his wife, former first lady Amelita “Ming” Ramos, have five children—all daughters that include Cristina Ramos-Jalasco (the first female president of the Philippine Olympic Committee) and the late Josephine Ramos-Samartino (a singer and drummer of the band Power Player).

He has an impressive military career.

Though he finished a degree in civil engineering from the National University (and landed eighth in the board exams), he pursued a career in the military after completing studies at the United States Military Academy at West Point in 1950. He served in the Korean War and the Vietnam War (the latter as a civil military engineer) then founded the Philippine Army Special Forces.

He was one of the key personalities of the Edsa Revolution. 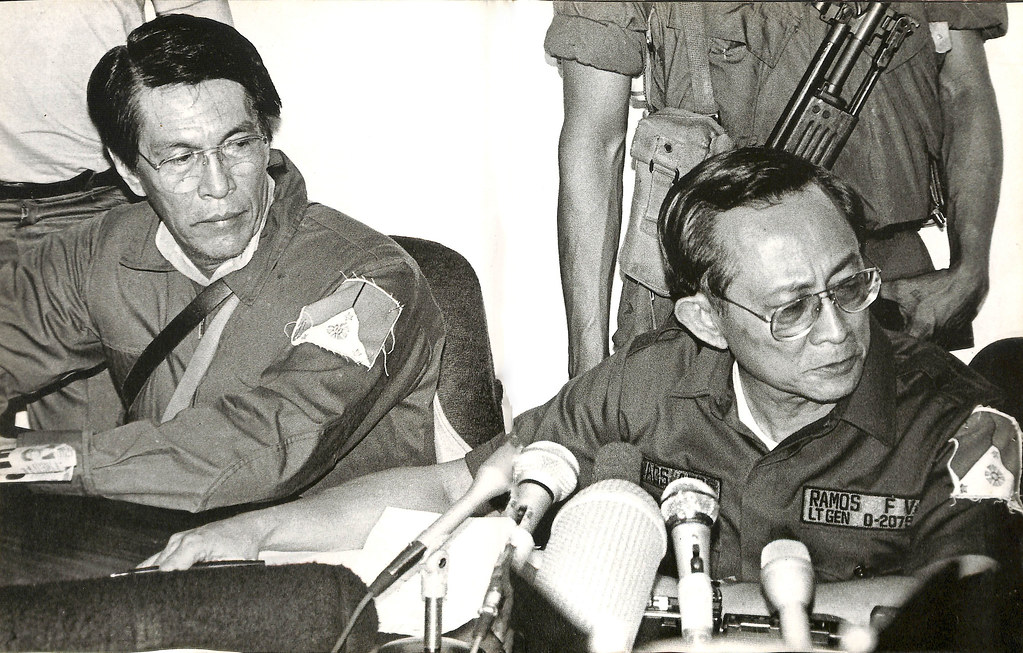 In the days leading up to the People Power Revolution in 1986, the then Armed Forces of the Philippines Vice Chief of Staff and Philippine Constabulary Chief resigned from the administration of then president Ferdinand Marcos. Along with then defense minister Juan Ponce Enrile, he showed his support for Corazon Aquino, widow of slain senator and vocal Marcos critic Benigno “Ninoy” Aquino Jr.

News of Marcos and his family leaving Malacañang Palace during the peaceful rally saw Fidel Ramos jump for joy before a huge gathering of Filipinos along Edsa. Since then, he has repeated the jump annually in every Edsa Revolution anniversary, until 2019, when gout and other health concerns forced him to skip the event.

He accomplished a lot in his presidency.

Though not without criticism and controversy, President Ramos’ administration led the Philippines to economic growth, earning it the nickname Tiger Cub Economy in Asia. His frequent trips abroad (making him the most-traveled president of the Philippines) generated foreign investments of $20 billion for the country. And at a time of power shortages resulting in frequent blackouts in the metro, he used his emergency powers to grant licenses to independent power producers to build power plants within two years, which the government would eventually purchase in US dollars.

5 Habits That You Should Keep Even After the Pandemic

To say that 2020 has been bleak is an understatement, especially now that we have been under community quarantine for almost seven...
Read more
Positive Living

5 Saints to Call on for Health-Related Problems

When we, or a loved one, are ill, praying for a swift recovery—and for some, a miracle—is part of our healing process.
Read more
Positive Living

If there's one good thing about this lockdown, it's that nature was given ample time to heal itself. For one, the number...
Read more

During his visit to a Marian shrine in southern Italy, Cardinal Pietro Parolin—the Vatican Secretary of State—gave a warning that Marian devotion...
Read more

In 2015, the United Nations (UN) has set 17 sustainable development goals (SDGs) that were anchored on the idea of "no one gets left...
Read more

As the threat of COVID-19 continues to terrorize every corner of the globe, the influx of COVID-19 relief efforts from our most...
Read more

The Feast Day of St. Januarius, also known as the Feast of San Gennaro, is an annual event that celebrates the life of the...
Read more